Some people find the birds and the bees very confusing

Apparently, all this variety - the fact that only 91% of the above people are capable of procreation - is very confusing to academic Sara Ahmed. We could go into the effects of perceived reproductive capacity on socialization, and the effects of socialization on both personality and opportunity, but guess what?

There's an easy way to simplify this for confused folk like Sara.

Every single one of those 1000 people above came into existence through heterosexual reproduction. The sperm from a male person successfully fertilized the ovum of a female person. A female person then grew a fetus inside her female body, and eventually birthed a baby, from her female body. THIS IS THE CASE FOR EVERY SINGLE ONE OF THOSE 1000 PEOPLE.

BECAUSE THAT IS WHAT WE CALL GENDER.

AND THAT IS WHAT FEMINISTS FIGHT AGAINST.

Not the simple, obvious, fucking *elementary* observation that human beings are male or female. We fight against the idea that our reproductive capacity somehow determines our personality and thus should determine our social role and status. Being female is not shameful. Being female simply means we have the ability, should we so choose and should our health allow, to create human life. It is only through gendered socialization that women come to be viewed/view ourselves as dirty, dependent sub-humans. Being male is likewise not determinative: it is only through gendered socialization that men are excused for the violent, exploitative behavior that props up male supremacy. 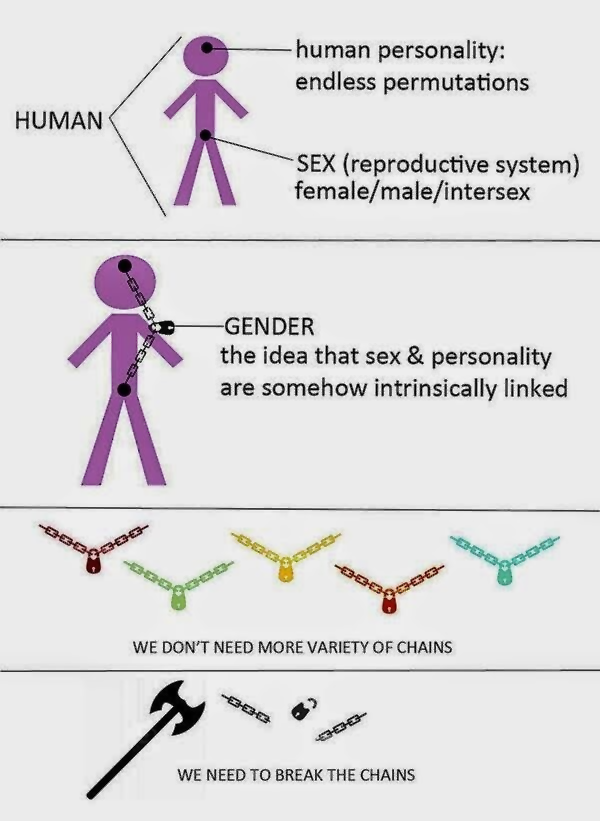