This is a post for anyone wondering what the heck is going on with the #TERFweek thing on Twitter.

First of all, what is a TERF?

In reality, it is applied to anyone who:

1) Recognizes the difference in potential reproductive role between women and men;
2) Recognizes that men weaponize this difference to oppress women (we call this "sexism"); and
3) Thinks women should be allowed to discuss #1 & #2.

If you don't believe me, simply try tweeting "penis is male" or "women are oppressed based on their female reproductive systems," tag it #TERFweek, and see what happens.

Second, what is the label TERF used to *accomplish*?

Sarah Ditum already wrote an excellent piece about how TERF works to silence and separate women.

"TERF" also works to support the ideological totalism of transgender identity politics by enabling believers in "gender identity" to dismiss non-believers as subhuman, and thus excuse violent rhetoric - again, meant to silence - against anyone who meets the above definition: 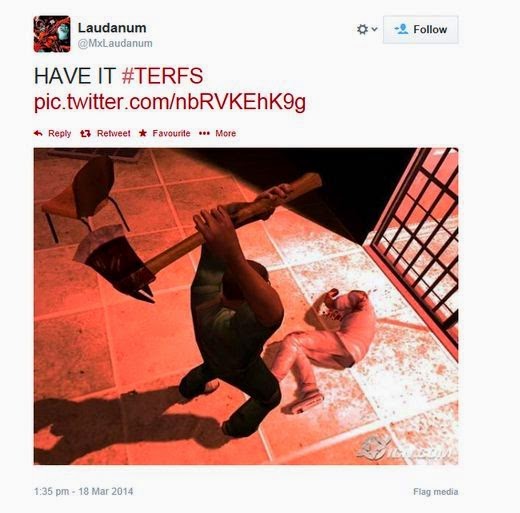 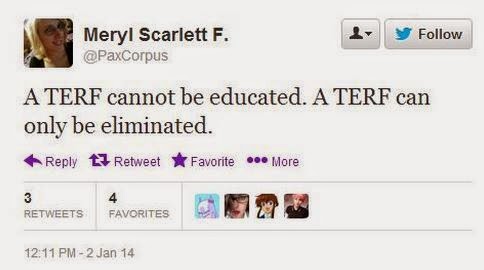 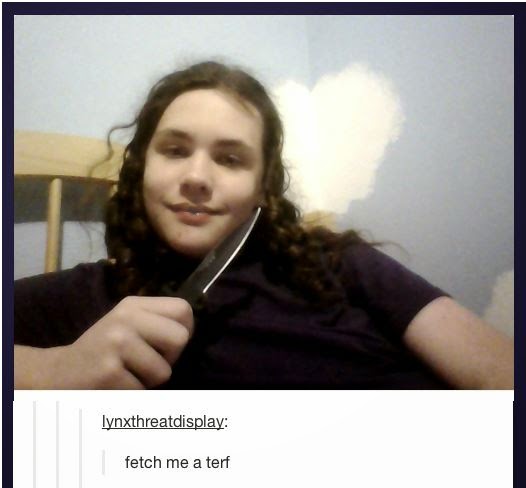 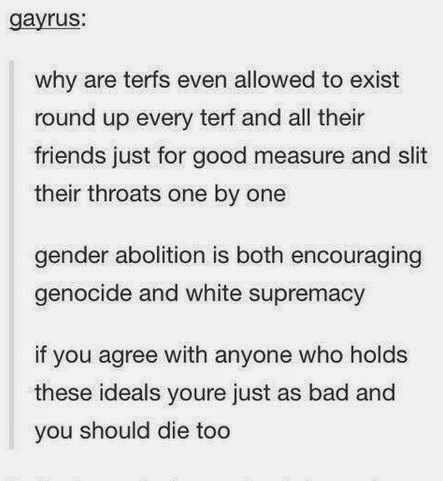 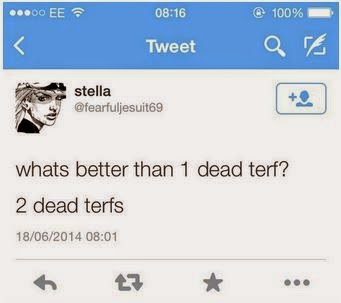 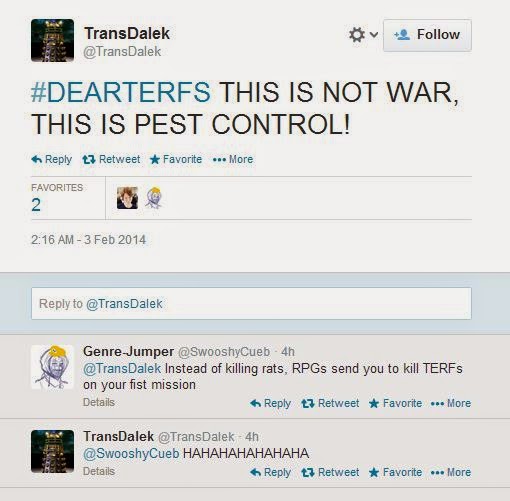 Do not use the term TERF. Be wary of anyone who does.