The Cotton Ceiling - links and screencaps

Cutting and pasting from TheNewBacklash

The "Cotton Ceiling" = Trans activists and their allies calling lesbians transphobic for not having sex with male people. Trans activists are never so clear about their central tenet of "women are not allowed to be bigoted TOWARD PENIS" than they are here.

-Transwoman leads a Planned Parenthood workshop entitled "Overcoming the Cotton Ceiling: Breaking Down Sexual Barriers for Queer Trans Women." The cotton in question? Lesbian's underwear.
-In this email exchange, a transwoman explains to a lesbian that penis can be female and to refuse sex with be-penised people is transphobic.
-Often, AFTAs will say the "cotton ceiling" isn't really a thing, and was made up by paranoid feminists. Yet a transwoman posts this: The Cotton Ceiling Is Real and It’s Time for All Queer and Trans People to Fight Back
-Here, a transwoman uses a LOT of words to try to convince the trans community to ditch the phrase "cotton ceiling" while doubling down on the male sexual entitlement.
-Enough With "I Date Women and Trans Men" A masterpiece of jargony doublespeak in which the biological reality of sex is completely erased.
-The Best of Both Worlds ("But being shut off from the very idea of it, not even considering that having my penis inside you is different from having a man’s penis inside you? That hurts.")
-The Struggle to find Trans Love ("And when the overwhelming majority of cis dykes date and fuck cis women, but are not open to, or are even turned off by, the idea of dating or fucking trans women, how is that not transphobic?")
-Shit I cannot believe needs to be said: I don’t dwell on your genitals Shit I cannot believe needs to be said: this shit is bananas.
-More on how lesbianism is transphobic
-Can Cis Lesbians and Trans Women Learn to Get Along? Answer: yes, as long as "cis" lesbians will have sex with transwomen.
-Lesbian porn stars are not allowed to refuse sex with be-penised people
-Some thoughts on the cotton ceiling As per usual - lesbians must prove their "acceptance" of transwomen by having sex with them. To refuse sex with be-penised people is backwards and hurtful.
-Cambridge University student union gets in on the Cotton Ceiling 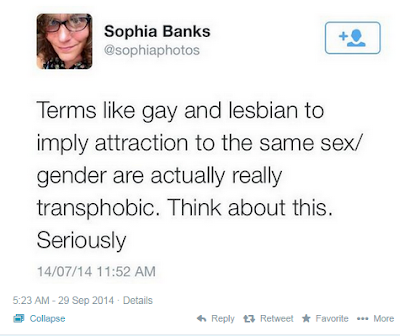 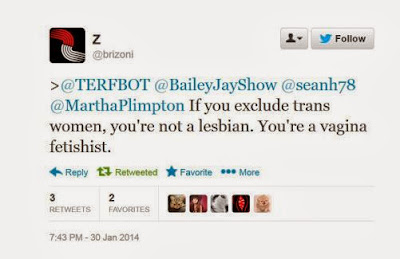 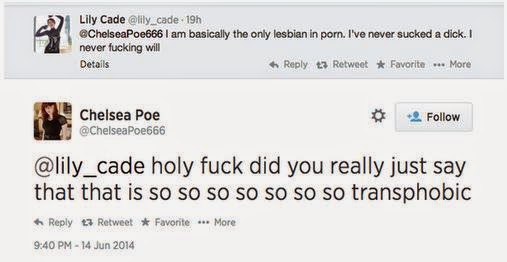 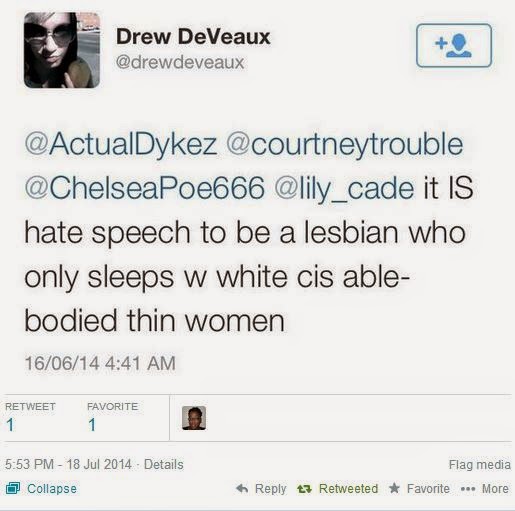 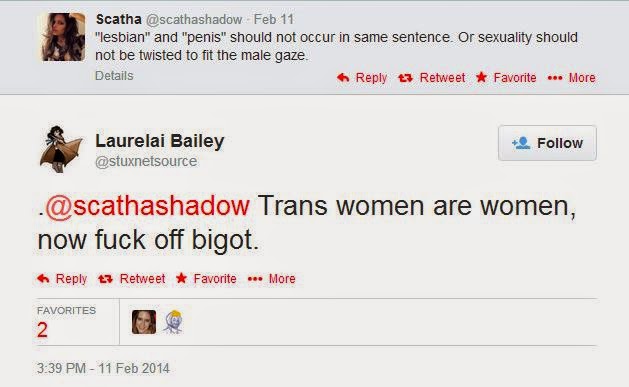 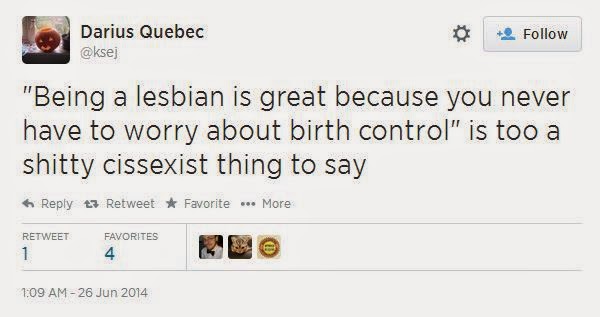 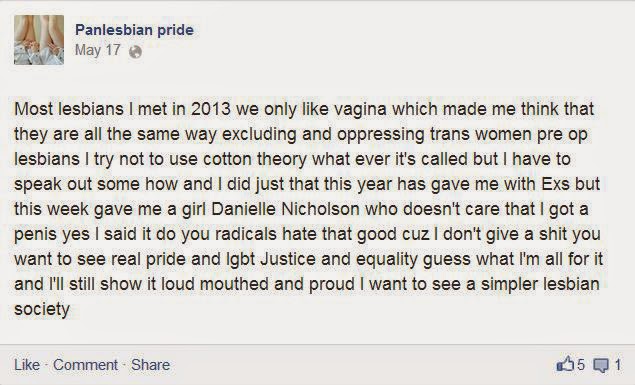 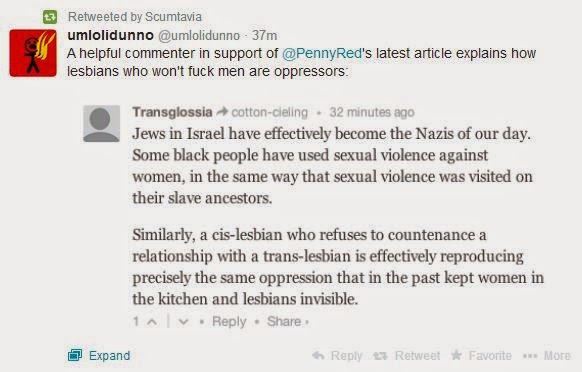 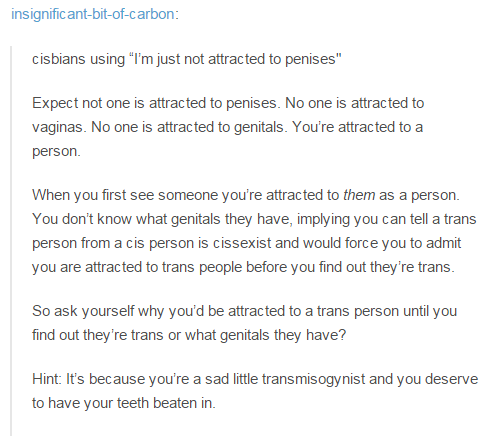